Though the world is a vast planet with a wide expanse of land and water, the creatures on earth are in a constant battle for survival. One in four mammals face extinction, as well as one in eight birds, and one in three amphibian species are endangered. These staggering statistics reveal why there is such a great concern about the lives of numerous wild dogs, wolves, and foxes may need human support and protection to avoid being made entirely obsolete by hunters and predators. Here is a glimpse at the most highly endangered genuses of the Canidae family.

Wild Dog breeds: The uniquely colored African wild dog once ran across the African continent in hoards reaching up to and estimate of 500,000 in number. Due to hunting and a loss of habitat, there are only about 3,000-5,000 of these painted wolves, or “spotted dogs” or “African hunting dogs” as they are also called. The Dhole of South Asia, typically moves about in large packs, which poses a difficulty in finding sufficient land space and food to accommodate their numbers. Though they are protected by the Wildlife Protection Act (1972) the numbers of the Dhole are severely dwindling.

Wolf breeds: Unfortunately, the Ethiopian wolves are down to 450-500 or so in existence, and are dying off yearly by the dozens. The Mexican Gray wolf numbers to only 300, all of which are descended from merely 5 wolves captured for preservation in the 1970’s. Out of all the wolf species on earth the Red Wolf has the fewest number, reaching only 200 in captivity, and another 120 in the woods of North Carolina. Other wolves that are regarded as endangered are the South American Maned wolves, from the Amazon, and the Grey Wolf of North America.

Fox breeds: The Darwin’s fox of Chile number only to 350, and are critically endangered. Similarly, the San Joaquin Kit Fox of California is one of the state’s most at-risk species. The population of San Joaquin Fit Foxes has dropped to 7,000 across the state, slowing being picked off by rodent poison, climate extremes, and lack of space. Another species of the fox family has experienced the most notable decline, reaching into just dozens of creatures left. Fortunately, the Island Fox though it was once endangered in the 1990’s (due to predatory Golden Eagles), has seen a great increase in numbers. The Island Fox inhabits California’s Channel Islands, whose conservation societies teamed up to help protect the animals with vaccinations, health checks, and certain captive breeding areas.   Though the number of foxes was down to 103 on Santa Catalina Island, and as low as 15 foxes counted on Santa Rosa Island, as of 2011 the Island Foxes exceed over 1,500 in total. 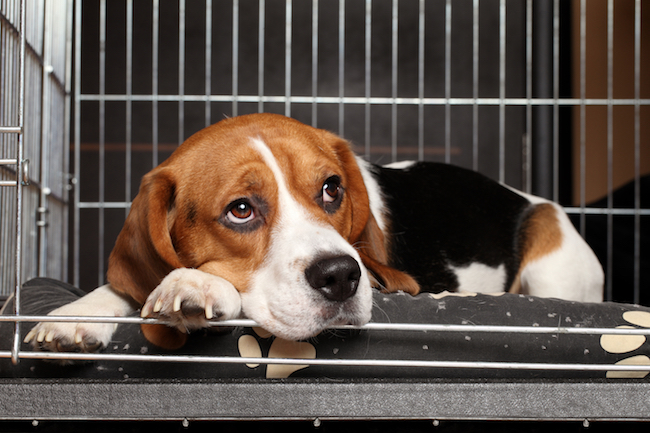 Why People Hesitate to Adopt or Foster Pets