The moment Grumpy Cat’s owner Tabatha Bundesen acknowledged that her celebrity cat is worth just under $100 million, we knew it would only be a matter of time before other pet owners would start trying to catch the same wave of internet stardom. In the last few years, there not only has been the arrival of Grumpy Dog (AKA “Earl the Dog,” a sour-snouted Puggle who looks perpetually pissed off), but a number of cats have presented themselves as challengers to Grumpy Cat’s throne of glory. Though Grumpy Cat is a one-of-a kind kitty, whose unique dwarfism and natural frown-shaped mouth are tough to replicate, these top three cats are Grumpy’s most likely rivals.

1. Angry Cat Hailing all the way from Hulya Ozkok Turkey, this marmalade fur-ball couldn’t look more livid if he tried. “Garfi, the Angriest Cat in the World” is owned by a professional photographer who found people were incredibly amused by the pictures of his cats. Like Grumpy Cat, Garfi is looking for fame on the World Wide Web, and has Twitter, Facebook, and Instagram accounts.

2. Pompous Albert
This cat doesn’t just look put-out or cross, he seems downright maniacal! Pompous Albert is a wooly-coated Selkirk Rex cat who lives in Salt Lake City , Utah. At seven years old, Pompous Albert’s coat (indicative of Selkirk Rex cats) naturally looks mangy and unkempt if not groomed frequently. Additionally, the dark lining and shape of his yellow-green eyes make this feline almost look as a furious as a fascist dictator! In many photographs, this kitty appears as if he is about to pounce on the offending photographer!

3. Concerned Kitty This cat (whose real name is Gary, after the expressive singer Gary Barlow)) was born completely white, except for a splash on the tail, and two perfectly placed black dashes just above each eye. The cartoon-esque markings give him the quizzical expression of having raised eyebrows. Gary’s owner Andy Entwhistle of the UK, has helped his kitty get featured on Huffington Post, and Buzzfeed several times) as well as other famous entertainment and popular news sites.

Other Famous Cats or Contenders?

Oklahoma resident “Sauerkraut” looks forever disapproving, though his expressions may not be as extreme as the others.

A Persian Chinchilla cat named “Foo-Chan” has a furrowed brow, and over-hanging eye brow ridge that gives him a worried look, winning him the name “Worried Cat.”

Lil Bub is another internet cat sensation that first came on the scene one year ahead of Tardar Sauce (Grumpy Cat’s real name). Lil Bub’s tongue naturally droops out of her mouth, drawing fans to her endearing expression. Both Lil Bub and Grumpy Cat where in documentary called Lil Bub & Friendz shown at the Tribeca Film Festival. 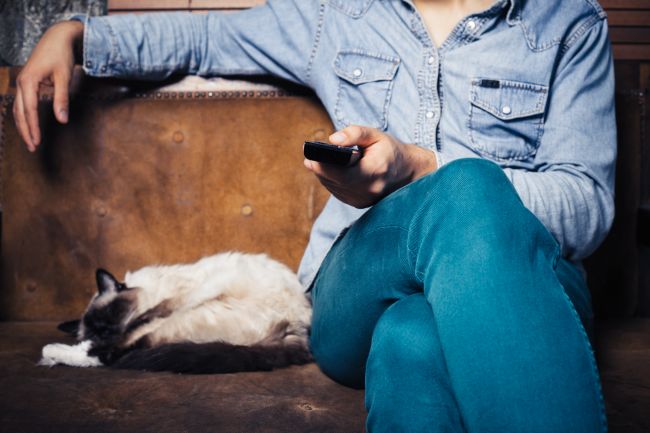 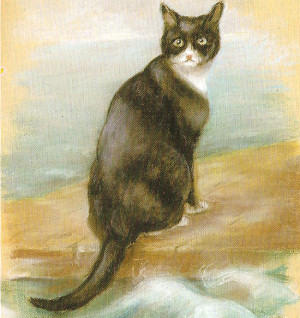 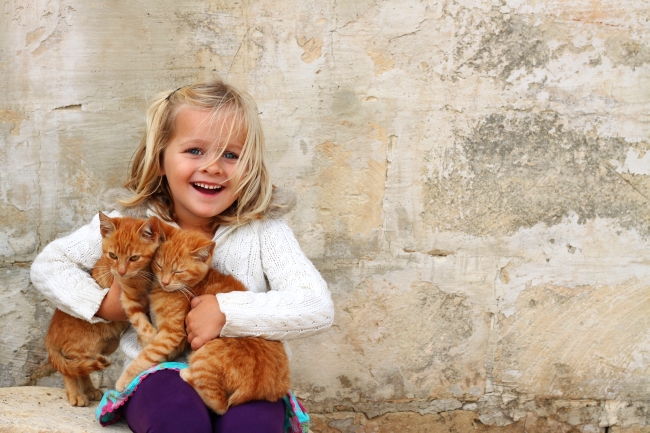 5 Ways Owning a Cat Makes You Happier and Healthier