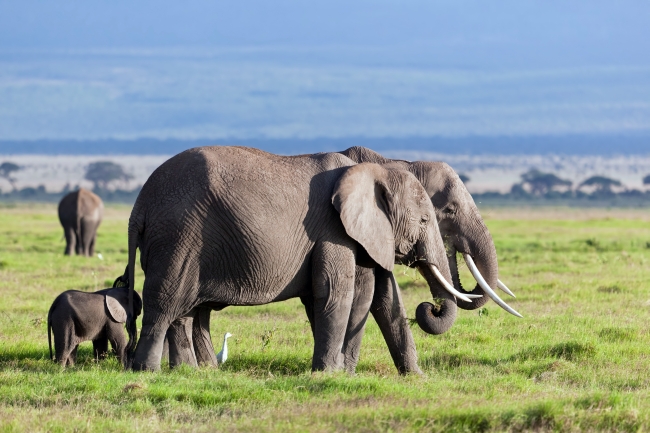 For the last three years, the elephants inhabiting Zakouma National Park in Chad have lived in peace and security. One of the most remote and well-guarded African national parks, Zakouma stretches over 1,150 square miles on the southern end of Chad. Reinforced with frequent surveillance flights, hunters have not successfully killed any elephants since 2012, though the years before (from 2000-2012) the elephant herd had suffered a devastating depletion of their populous. Once over 4,000 elephants roamed across the park, but avaricious poachers brought the numbers plummeting down to less than 450 elephants remaining. Despite the loss of many of these majestic creatures, the elephants of Zakouma had just begun to get on their feet and expand. After four barren years, the elephants started reproducing again, a sign of stability in the herd.

This three-year season of peace ended on August 11th when two poachers tracked the elephant herd and killed two of the females. While a pilot was on his routine surveillance flight, he spotted the hunters zeroing in on the herd, but was unfortunately unable to stop them, as they had escaped before help arrived. Of the female elephants killed, one of the mothers left two babies behind, the youngest of which was likely less than two months old. Staff members of the park were able to secure one of the baby elephants, in an effort to care for and hand-feed him. But in spite of this support, the youngest elephant did not survive. It is believed that the other baby elephant left behind has also died, as he was also too young to get by without his mother.

Poaching wild animals for their pelts and tusks a rampant problem around the world, and is believed generate more money than any illegal market, aside from the drug trade. Though killing elephants seems unimaginably cruel, for ambitious poachers the price of their valuable ivory tusks makes them one of the most sought-after species. In regard to this recent poaching incident at Zakouma National Park, the poachers escaped, and due to the heavy rainfall that followed, tracking the poachers was extremely challenging. This unfortunately happens far too frequently. With criminals like these successfully escaping, coupled with the recent tragedy of Cecil the Lion’s death, there is a universal feeling of unrest and worry regarding the safety of the remaining members of the elephant herd at Zakouma, as well as other endangered animals in African parks.

The danger of poachers not only affects the wild animals in the park, but directly threatens the safety of humans as well. Much of the reward for ivory tusks is used to fund African terrorist groups such as the LRA (Lord’s Resistance Army – famed by the menacing leader Joseph Kony). An estimated 30,000 African elephants are killed annually for their tusks, which are then shipped to places like Asia where ivory chopsticks cost up to $1,000 and elegantly carved tusks can be $100,000 or more. If poachers are able to continue ravaging the African wildlife parks of their creatures, forces like the LRA will be empowered to exact further violence and terror across the continent.

The recent wildlife tragedies have led to discussions about what protective measures can be taken to guard park inhabitants from vicious poachers. Tracking animals with GPS devices may become a requirement, and creating “fake ivory tusks” would allow poachers and their wares to be tracked, so that they may be caught and disrupted. World-renowned taxidermy artist George Dante is attempting to create tusks that closely mimic the authentic ivory feature of elephant and rhinos. If they can pass off this ivory to the poachers who help finance terrorist groups like the LRA, there may be a way to help anti-terrorist forces track and destroy these groups. To further protect the wildlife parks from the advances of hunters, some have suggested that flight surveillance could be accomplished using numerous drones instead of pilots, to increase widespread visibility over the expansive grounds.