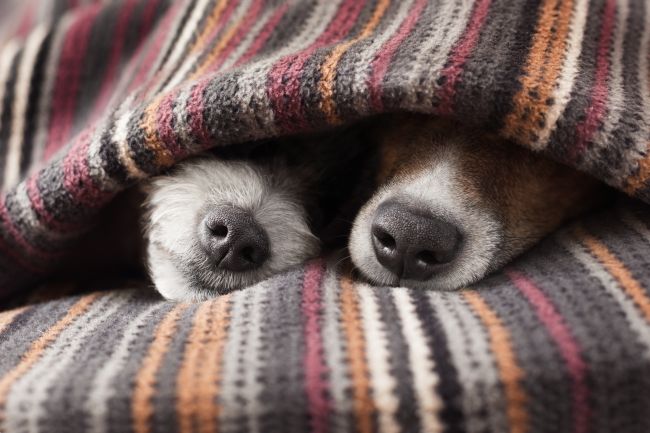 Not every unusual dog behavior has an explanation. Some dogs love to dig on tile floors, while others chase their tails, or go yapping after moths, bugs and butterflies. However, some canine behaviors can be explained by environment, breeding and innate survival skills. Burrowing is one such habit that has not only a logical explanation, but usually has genetic reasons why some dogs may do so and others may not.

“Burrowing” occurs when a dog buries his head under pillows or blankets, and wiggles his body underneath until almost completely covered from sight. Some dogs sniff or shuffle around a surface first, in search of a prime burrowing place. Then nose-first, they dive into the covers, scuttling out of sight. Many dog owners insist that a makeshift burrow becomes their pup’s favorite hide-out or “secret” place to take a nap.

Since the original digging dog breeds were accustomed to tunneling through dirt and burrowing underground, the closest experience they often have available in a human home, is a pile of blankets on a bed. While many burrowers dig down under the covers because it is their nature, others do it because they are afraid or anxious. Loud noises such as thunder, shouting, or sudden groups of visitors can send a pup running for the covers. Small dogs especially feel safe when snuggled deep into the folds of a soft blanket or between throw pillows. Such dogs find comfort and security by creating dens out of blankets.

While the behavior of burrowing might bear a close resemblance to a canine’s inclination to dig, the two behaviors have some specific distinctions. When a dog digs, he may be looking to uncover or hide something (such as a bone or toy), while burrowing is more of a comfort and self-safety measure, instinctive to certain breeds.

Canines burrow largely because they were intentionally bred to do so. Of these the most common burrowers are Dachshunds and Terrier breeds, whose primary purpose was to help pursue prey down tunnels. In fact, the word terrier actually comes from the French word for “burrow.”
However, this activity is not only apparently in smaller dogs; even some larger breeds (in the “spitz” family, for example) are accustomed to burrowing out of instinctive and necessity. Colder regions would force food sources underground, causing norther-dwelling breeds like the Husky to burrow deep into snow in search of small animals to survive on, or as a way to retain body heat when the winter temperatures would drop. These kinds of dogs are most likely to burrow: 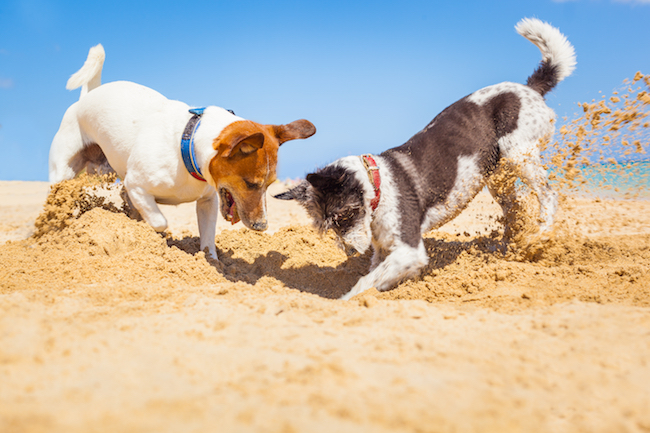 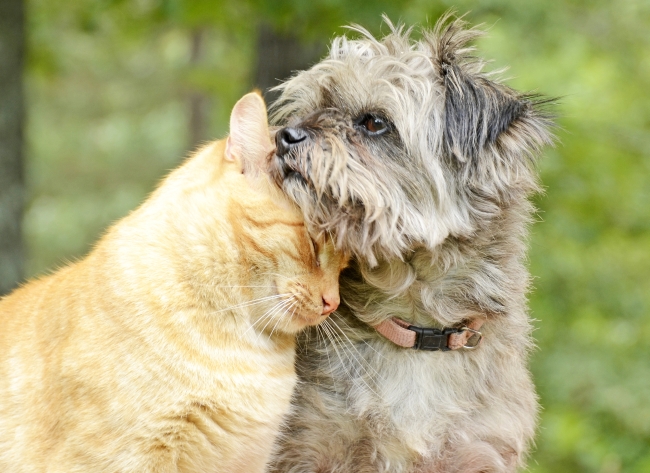 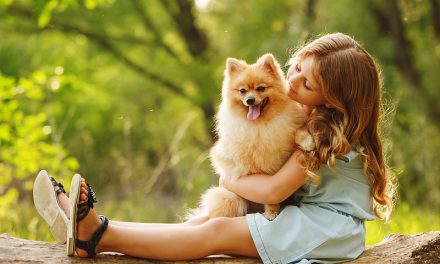 Teach Your Dog to Respect Strangers