Smoking: How Does it Affect Pets?

For decades we have been aware of the negative effects that tobacco and smoking have on the human body. Not only is the habit life-threatening for the actual smoker, but the effects of secondhand smoke are severely detrimental to those exposed to the fumes as well. According to the Centers for Disease Control and Prevention (CDCP) more than 41,000 people in America die each year from diseases related to secondhand smoke exposure. If the perils of these toxins can take the lives of so many humans, the next question to consider is, how does it affect our pets? Logically we can suppose that the risks and impact of secondhand smoke on our dogs and cats would be equally as harmful, but we will let science speak for itself.

Both cats and dogs experience negative side effects from breathing secondhand smoke. This can lead to nasal cancer, lung cancer, lymphoma, lung disease, respiratory diseases, oral bleeding, and inflammation. However, between the two species, felines have a greater susceptibility to tobacco due to their grooming habits. Because cats constantly clean their coat with their tongue, any residual particles in the air or traces of tobacco and carcinogens that may cling to their fur, thereafter being ingested orally.

A recent study conducted by the Tufts University School of Veterinary Medicine found that cats regularly surrounded by secondhand smoke were twice as likely to get cancer as those who were rarely exposed. Similarly, when a cat lives with a smoker for 5 years, their chances of getting cancer are 4 times higher than a cat living with a non-smoker. As cancer is one of the most common causes of death in felines, these statistics are not to be taken lightly. Colorado State University ran a study proving that dogs who are owned by smokers also have far higher incidents of nasal tumors than dogs who lived in smoke-free homes.
A rough estimate of 42 million people smoke in the United States, and will the number of domestic dogs and cats in this country, the odds do not bode well for pet health.

*Note: If you are a regular smoker, and you suspect that your pet might have cancer, some of the primary symptoms include weight loss, coughing, wheezing, sneezing, oral and nasal dripping, difficulty breathing, and vomiting.

Smoking is a difficult habit to quit. But if one genuinely desires the wellbeing of a cat or dog (not to mention other humans involved), they ought to consider how to limit the exposure of secondhand smoke to those they love. While attempting to stop smoking would be the optimal choice, both for the pet’s benefit and for the smoker, there are other ways to solve the secondhand smoke problem. The safest way to care for a cat or dog is to keep them as indoor pets. The American Society for the Prevention of Cruelty to Animals advises smoking pet owners to establish their home as a smoke-free space. This way the handler and their pet will be able to live inside peacefully without smoke, while designating smoking areas outside, away from the animal’s lungs.

*Note: Pet parents who smoke cigarettes or even electronic cigarettes should dispose of the nicotine cartridges or cigarette butts (which are said to carry at least 25% of the nicotine) with great care. Ingested cartridge packaging or leftover tobacco can cause seizures, vomiting, diarrhea, and other symptoms of toxicosis. Be careful not to leave any objects around your cat or dog that could cause him further physical distress. 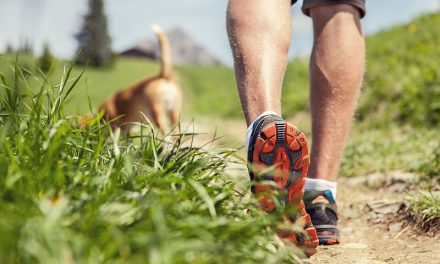 What To Watch Out For When Exercising Your Dog 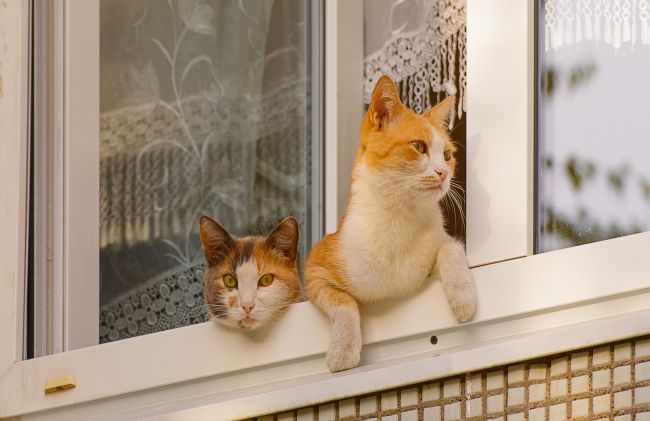 5 Reasons to Keep Your Cat Indoors 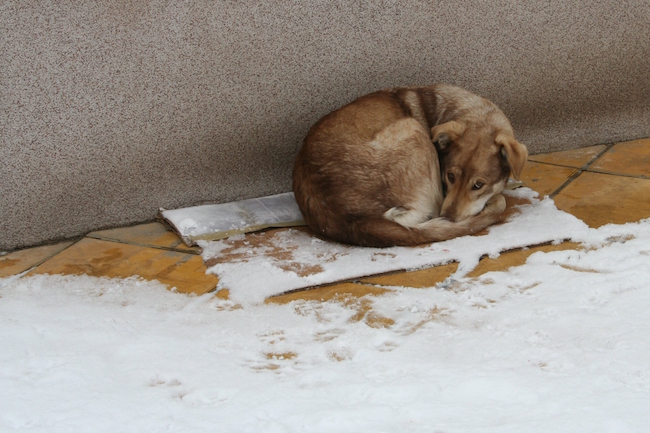 Hypothermia In Dogs: Causes and Symptoms