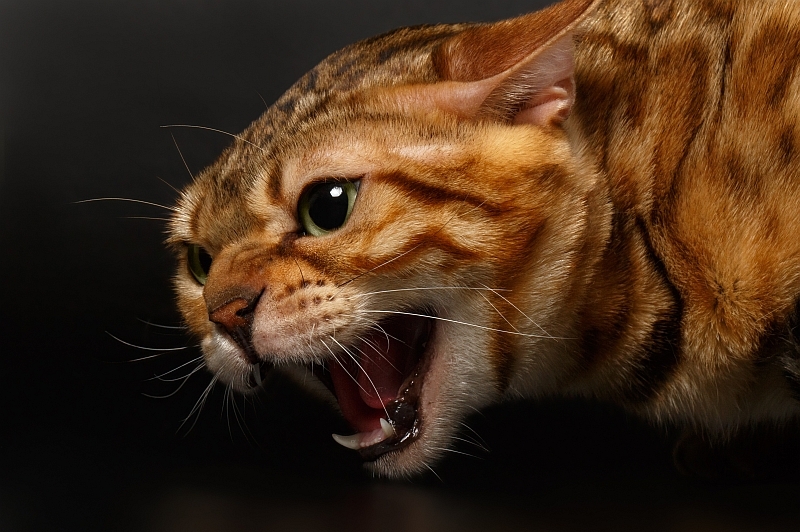 Aggression in a household pet can be a big problem and even pose a risk to all or some members of the household. So, it is important to be able to recognize signs of aggression, eliminate the causes thereof, and to train away the aggressive behavior.

Because cats are small, signs of aggression in cats is sometimes taken less seriously as compared to that of a large dog; however, this is an error in judgement, as any signs of aggression can be the symptom of unhappiness which should be addressed, and furthermore, just because cats are small, it does not mean they are not formidable creatures that cannot harm children and adults alike.

As mentioned above, when in an offensive mode, a cat will try to make itself look larger and more intimidating by utilizing one or more of the following:

If a cat is in an offensive mode, and is overly agitated, it might strike out with its claws, attempt to bite, growl and hiss, and showing claws and teeth.

As previously discussed, a defensive body language is when a cat tries to make itself look smaller and non-threatening by utilizing one or more of the following:

Causes of Aggressive Behavior in Cats

Aggression can be the result of a variety of things, with each trigger having its own level severity in aggression.

Aggression Caused by Petting: If a cat is being petted in a way that it does not enjoy, she may lash out with aggressive behavior; however, aggression is usually preceded by other signs warning of the impending bite or scratch.

Aggression Resulting from Fear: If a cat finds itself in a situation where it is fearful, then it is very likely that it will show signs of aggression and eventually act in an overt manner.

Aggression During Play: Aggression during play might come in the form of biting or scratching while roughhousing or just playing. Basic training methods can be applied to deal with such behavior.

Territorial & Maternal Aggression: Territorial aggression is a normal behavior in cats and is meant to ward off strangers from encroaching onto a cat’s territory. Depending on the cause of the aggressive behavior, the means of dealing with the aggression will vary.

Similarly, a cat that is taking care of kittens will try to protect her young if she feels that they are in danger, so it is important to provide a safe and secure place for an expectant cat or one that has already given birth.

Aggression Resulting from Pain: If a cat is experiencing pain, and someone or something happens to touch that spot, this can result in aggressive behavior. 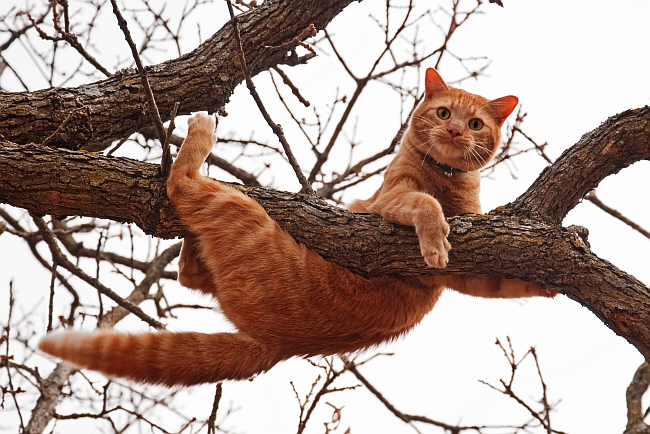 Why Do Cats Knead With Their Paws?

The DON’Ts of Pet Training 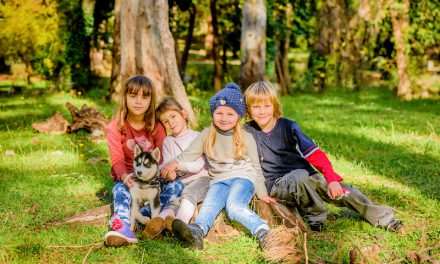